Why Are the Best CBD Oils Made with Coconut Oil

Benefits of CBD for Hip Bursitis

CBD as a Suitable Treatment for Binge Eating Disorder

Can We Use CBD to Heal Inflammation Across the Body 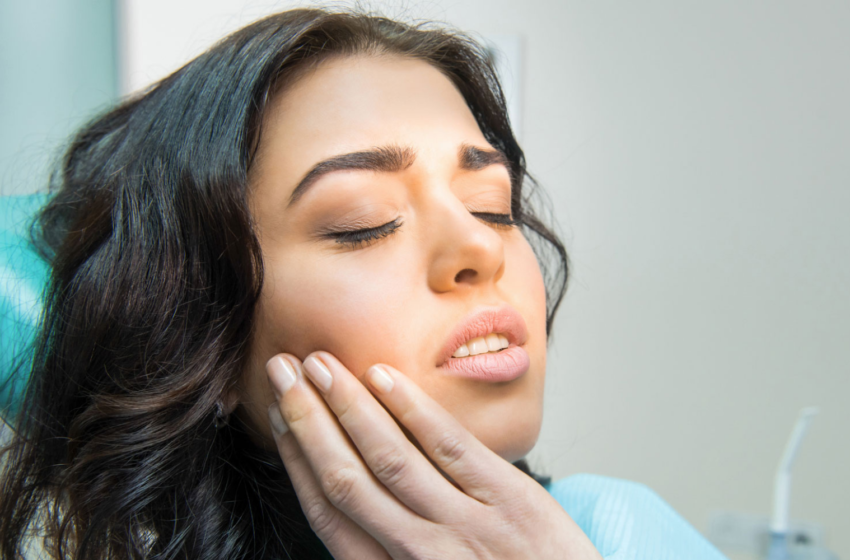 Great research has been carried out over a long period, in order to discover and establish the benefits of a cannabis compound called cannabidiol or by its acronym CBD, which has been characterized by its ability to attenuate or alleviate the symptoms of various conditions, among its most named properties, is the anti-inflammatory and analgesic power.

This has clearly been causing a great impact on a medicinal level since most diseases have some of these symptoms, and in other cases, they are the most serious symptom.

The gums can suffer inflammation that leads the patient to have consequences on their oral health, this could make CBD an excellent adjunct to inflammatory processes in the gums, but can this compound from the cannabis plant help the gums? How can it be used? Or even Can it help improve our oral health in another way?

Next, we will answer these and other questions regarding the benefits of CBD in the presence of gum inflammation.

Inflammation of the gums is more common than is believed, and this is nothing more than the change in both color and size of the area surrounding our teeth, that is, when we have healthy gums, we will appreciate a pink color and of an appropriate size, but at the moment in which these characteristics are modified and red gums become visible, sensitive to the touch due to irritation and of course, an increase in size that can be mild or severe, then we are treating with inflammatory gum disease.

This condition can be caused by different factors, mainly associated with gingivitis, which describes poor oral hygiene, which allows the excessive accumulation of bacteria, in turn affecting the gum area causing inflammation; Other causes include strong brushing of the teeth, where we will have a self-caused abrasion of the gums, due to the damage that we cause with the brush to the delicate gingival tissue.

On the other hand, we have the typical internal sores of the mouth; in most cases, these usually appear causing some pain and inflammation in the area; however, they can be classified as harmless, since, to a large extent, they disappear alone and without leaving traces, but sometimes they persist and proliferate, covering much more space and causing more damage.

The United States National Library of Medicine adds as causes of inflammation in the gums, toothpaste changes as far as brand is concerned, some medications, and a deficiency of vitamin C.

We do not need to describe the symptoms as they are well mentioned, and we focus on the gum inflammation.

What we can mention are some of the risk factors that could lead a person to suffer from this disease, such as bad smoking habits, dryness of the oral mucosa, depressant diseases of the immune system, genetics, advanced ages, dental restorations, or poorly positioned teeth.

The considerations that must be taken about the care and, therefore, prevention of conditions in the oral cavity are quite important since otherwise, a simple inflammation could turn into a great health problem to the point of reaching the chronic.

A revealing 2009 study carried out by various researchers verified the effect that CBD had on gum inflammation; the investigation consisted of administering CBD to rats suffering from periodontitis (a disease that can be caused by gingivitis), which were divided into three groups, one a control, the other treated with vehicle and a last treated with CBD.

The rats treated with CBD were administered 5mg / kg of the compound daily for 30 days; after fulfilling this time, the Wistar rats were analyzed, associating, in the CBD users, a decrease in alveolar bone loss, in addition of a reduction in the causative agent of inflammation in the gums, obtaining a decrease in it.

This allowed us to conclude that cannabidiol could be useful in the control of bone resorption in periodontitis and an excellent adjunct to gum inflammation.

Another study from 2006 associated the CB1 and CB2 receptors with the gums, and the function of Anandamide to reduce inflammation; remember that Anandamide is an endocannabinoid produced naturally by the body, it has a great similarity with tetrahydrocannabinol, which is a cannabinoid of the cannabis plant.

In the study, Anandamide decreased gum inflammation, leading to the conclusion that it could treat even severe inflammation in periodontitis. This, in turn, leaves us thinking about a possibility that the cannabis compound THC may be an option to alleviate inflammation in the gums.

Despite the fact that the scientific abundance does not focus specifically on the action of CBD in oral inflammatory processes, there are many other studies that describe very well the mechanism by which this wonderful compound produces the anti-inflammation caused by various factors; we invite you to inform yourself more about this, in our ailments and diseases section.

Similarly, we recognize that this could be a great benefit for this condition, being able to develop the quality of life of many patients and optimize their oral health, research is in constant progress, so it is expected that in the not too distant future, lay a stronger foundation on this interaction.

So how can cannabinoids help gums?

Thanks to research, we can associate different benefits of cannabinoids for health care in general, so below, we name some of those that could help in the treatment of gum inflammation.

Anti-inflammatory power: this is the main benefit of cannabinoids for this condition since, as it is the main symptom when treating it, we considerably alleviate the patient’s condition. Research is scarce in humans, but the results in animals have been quite striking.

Analgesic: sometimes, this irritation that causes inflammation of the gums returns to the very sensitive area, causing pain from mild to strong, CBD in other investigations has shown to have an analgesic power against different processes where the pain is the protagonist. The relief of this symptom could mean an improvement in the patient’s daily life.

Antibacterial: on occasions, the effect of CBD in the presence of bacteria has been studied, obtaining as a demonstration by this cannabinoid, the power to eradicate bacteria from certain areas. Research on the processes that inflame the gums have not associated the use of CBD as an antibacterial, but it is possible that this function is to be considered part of the good treatment to eradicate inflammation in the gums.

How is CBD used to treat gum inflammation?

The most common use of cannabidiol is through CBD oil, which allows its administration in sublingual drops or as ingredients in meals; however, due to the little study that there is on the use of this compound to treat gingival inflammation, it is not correct usage has been associated.

On the other hand, we also could say that being the mouth, the main route of administration of this medicine to treat other diseases, this may lead us to suggest its topical use in this condition, one or two drops in the affected area of ​​the mouth to start treatment.

There are some possible side effects that have been described by the use of this cannabinoid in the mouth; one of them is its dryness; however, if good oral health care is taken, this effect should not be a problem.

However, we recommend consulting with a specialist in the area before starting the treatment; he or she can help you apply the drug correctly and will give you the best recommendations to make good progress, in addition to assessing the effect of CBD on your body and educate yourself on some side affects you might experience if you are a beginner.

Thanks for this information. We can conclude that CBD is a good option for the treatment of oral conditions such as inflammation of the gums; however, more studies are needed to reinforce this statement.

Both CBD and THC have been shown to be effective in inflammation, but it must be taken into account that the effects of THC are usually unpleasant for some people due to the psychoactivity it can cause, whereas CBD does not have psychoactive effects and it has properties to inhibit this effect produced by THC.

So, when wanting to use a cannabinoid compound to treat this condition, we recommend the use of only CBD or a preparation that contains a higher concentration of CBD than THC.

Tags: How is CBD used to treat gum inflammation? Research describing how CBD helps gums So how can cannabinoids help gums? Swollen gums We can conclude

Why Are the Best CBD Oils Made with Coconut Oil

Benefits of CBD for Hip Bursitis

CBD as a Suitable Treatment for Binge Eating Disorder